These last couple of weeks were again spent on improving the overall feel of the game. After some more play testing for the trailer we found that some items were to strong compared to others, so some more balancing and polishing was done. Menus were finished and overpowered items were nerfed.  Along with these minor and not so minor changes we created a trailer for the game and got ready for the presentation.

Most of the art tasks were finished well in time, so not a lot had happened since the last development log. One major change on the art side is the menus. The background for the main menu was completely overhauled to better match the feeling of the game, from the moment the player launches into the main game.  Along with this overhaul of the menus, the itch page was cleaned up and some more info about the game was added. 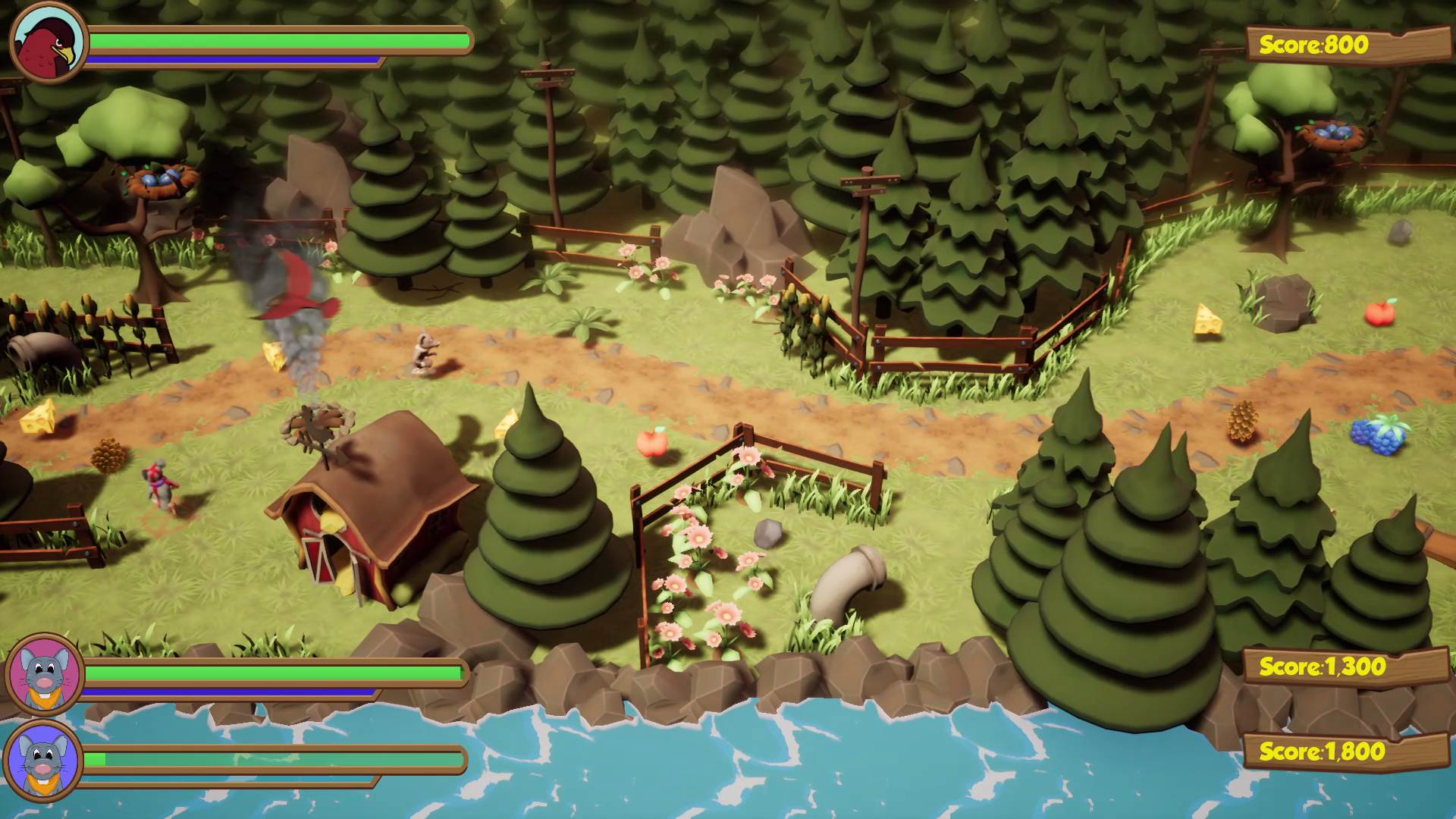 As said in the general part, we found some items were too powerful compared to the rest, so we had to balance these out a bit more. Specifically we felt that the mouse trap was way too strong compared to the abilities of the hawk to counter that and damage the mouse in return. There was no way for the hawk to stop the loading of the mousetrap as the hawk would automatically lock onto the mouse instead of hitting the mouse trap. We changed this so that when the mouse gets hit while loading the trap, the loading stops and the projectile that was being loaded is destroyed. On top of this change, we gave the mousetrap a maximum range, when it is activated while the hawk is not in range, the projectile gets destroyed instead of getting fired. This way the hawk has a chance of winning versus multiple mice, as otherwise they could just spam the mousetrap and kill the hawk over and over again. With these changes the mice also have to think about when to load and shoot the mousetrap. When the hawk is low on stamina it is safe for the mice to load it up, as the hawk will not be able to interrupt the loading.

Other than this major change, a few final bugs were fixed and the final build was created, tested and approved. 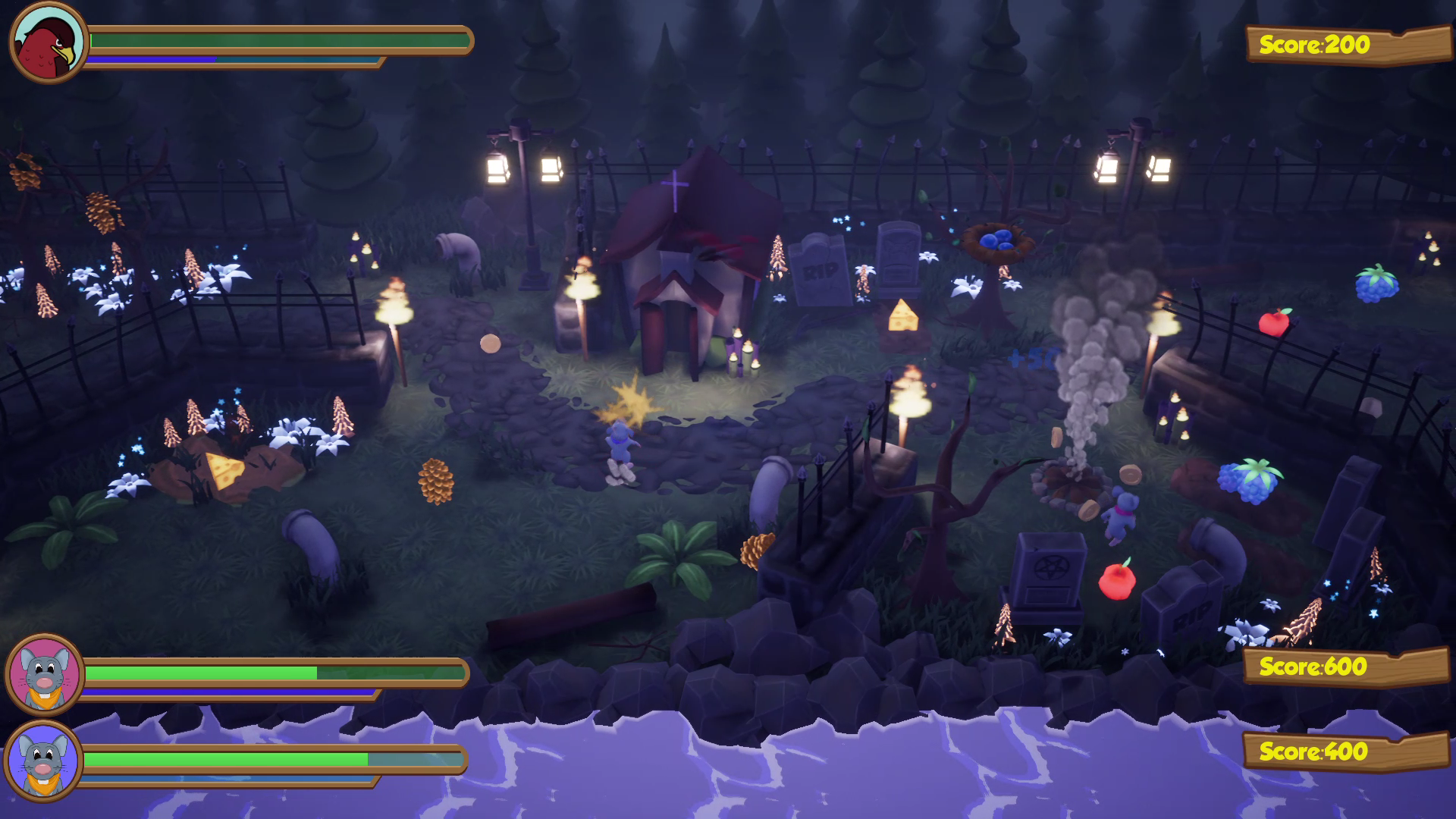