During the holiday a lot of static meshes were added, but feature development was slowed down a lot. We spent some time on planning the final production sprint aswel.

The biggest thing that bothered us the most before was how static the level was so we focused on making it more dynamic:

- Flowers were put in the level and give the impression there is wind blowing.
- A campfire was added with smoke continuously moving.
- A river below that flows in the direction of the camera.
- Mud/swamp with bubbles continuously popping. 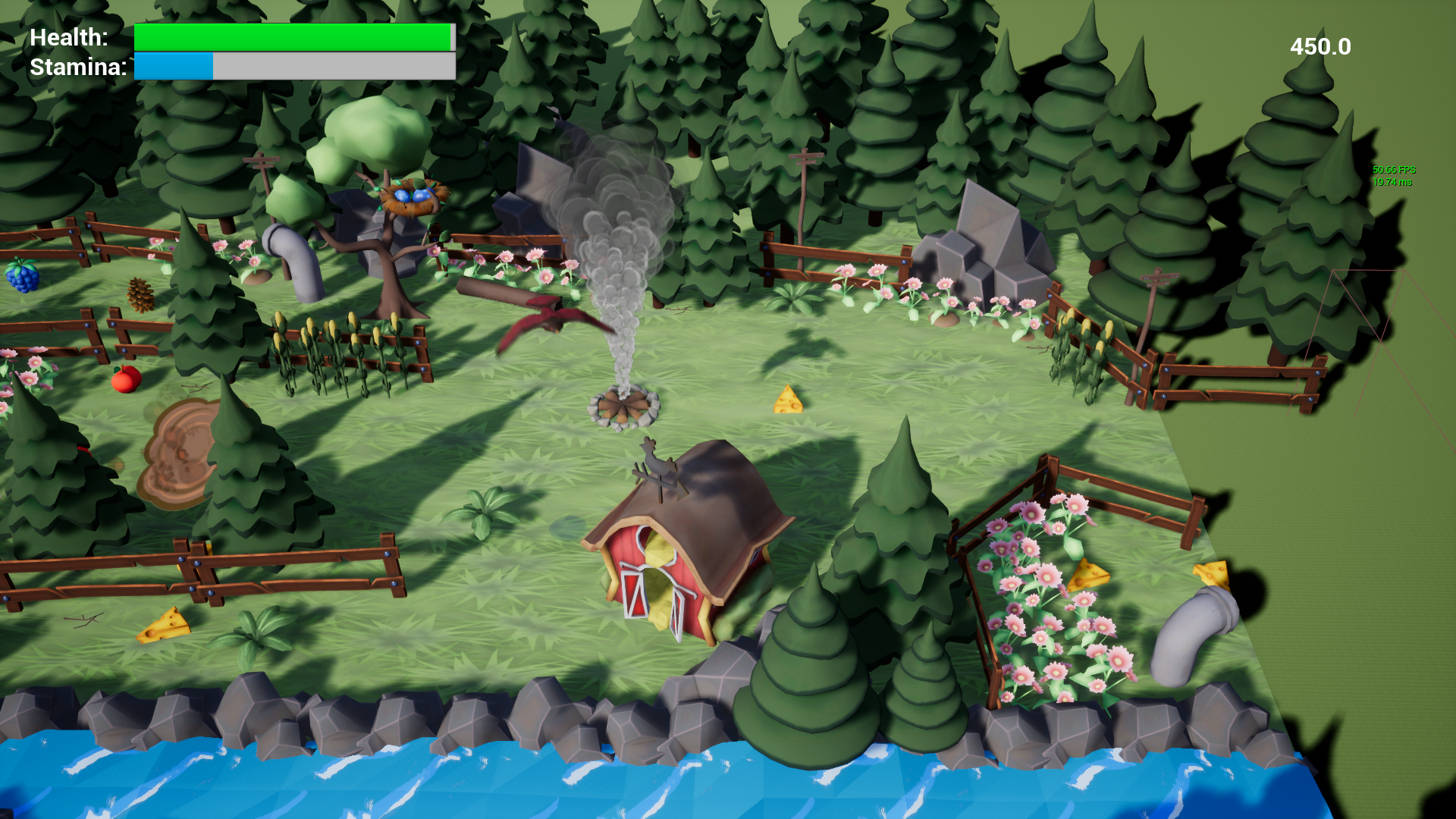 The main addition to the game is the main menu. A couple of bugs were fixed, like cooldown on the pipes.

The active indications for all interactable objects was changed to always display right above the object, instead of following the object's world rotation, this makes it easier to spot when an object can be used by always having the indication in the same respective location.

Finally work has started on the rock projectile and the mouse trap.